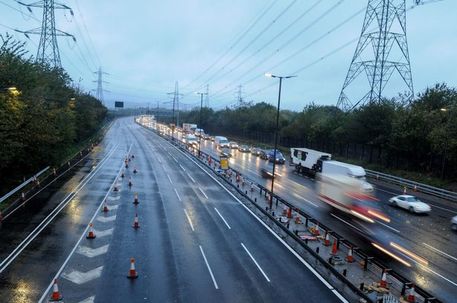 Working With Plant and Road Vehicles

This campaign is the next in the series looking at our top fatal risks. It will run from November to January inclusive with the first month focussing on working with plant.

Different organisations have undertaken a variety of initiatives in this area including:
Side proximity sensor technology
Blindspot Cameras
Cycle Safety
​
FORS also offer an accreditation system. The full standard which defines the basic requirements that must be met to become accredited is available here:
FORS Standard

Download File
Month Two - December Road User Interface Campaign
The current series of campaigns is focussing on Plant and Road vehicle interface. The second month (December) is specifically focussing on road user interface. This campaign has been developed by our delivery partners in support of our ‘raising the bar’ guidance and also includes videos and examples of industry training and good practice which can be used to highlight the significance of this issue as well as suggesting potential ways to reduce the risk to road workers. All resources will be made available to access from this page.

Working on or near live carriageways is the most hazardous environment for our workforce. Between 2008 and 2012, nine road workers were killed and 122 seriously injured on major roads in England. The HSE report that the average fatality rate for road workers is one of the highest amongst employment sectors.

The following incidents serve to demonstrate this risk:

Download File
The risks associated with errant drivers are well known. There are hundreds of reports each month of vehicles driven by members of the public entering worksites or striking traffic management with each incident potentially putting the lives of road workers in danger.
Sometimes a simple error by one driver can influence the behaviour of many others:

There have been a number of recent initiatives to promote this issue amongst road users:

The HTMA has produced an excellent video that can be used in toolbox talks to highlight the dangers.

Although further work will be done to influence public behaviour, this campaign will aim to promote innovations and initiatives that can help organisations within the highways community reduce the risks associated with working in close proximity to road users.

To support ‘Raising the Bar 27 - Managing TM Incursions’, the following documents have been developed:

Download File
​There are various initiatives and innovations underway across the industry. The following are just a few examples of work undertaken to reduce the likelihood and risk of unauthorised and uncontrolled vehicle access into work sites:

Download File
Case Study - Use of rubber pads with TVRS